The costume of Tesino valley

We can’t explain the history of Banda Folkloristica without the history of the Tesino folkloric costume from the saga of the valley’s inhabitants, who were street peddlers all over the world. It would detract from the significance of one of the most ancient and interesting costumes of the Alps. In the last four centuries the female costume of Tesino has gradually been enriched with details strictly connected to the situations of the Tesino people living abroad. Travellers brought back home colourful Tirolese shawls, garnet necklaces from Carinthia, French velvet and precious soft felt for their wives.

As it has evolved, today the female costume consists of a black garment, longer in the back, pleated in dense folds distributed in groups of three. The garment – under which there is a rich chemise, finishes down with a “dapé” in soft felt of about 20 cm high and 12 metres long. The red or yellow colour of the soft felt represents the marital status of the woman: looking for a husband, widow or married.

The buttoning in the décolleté presents a wide neckline where there is a “finta”, i.e. a white blouse without sleeves, enriched with complex embroidery (the original “ovre”) and a collar. The chest is protected by a raw plastron (the “salvacore”), usually in black velvet and finely decorated with floss silk and in some cases also with beads and sequins. The apron and the fringe shawl are usually characterized by multicolour floral motifs on an elegant dark background. 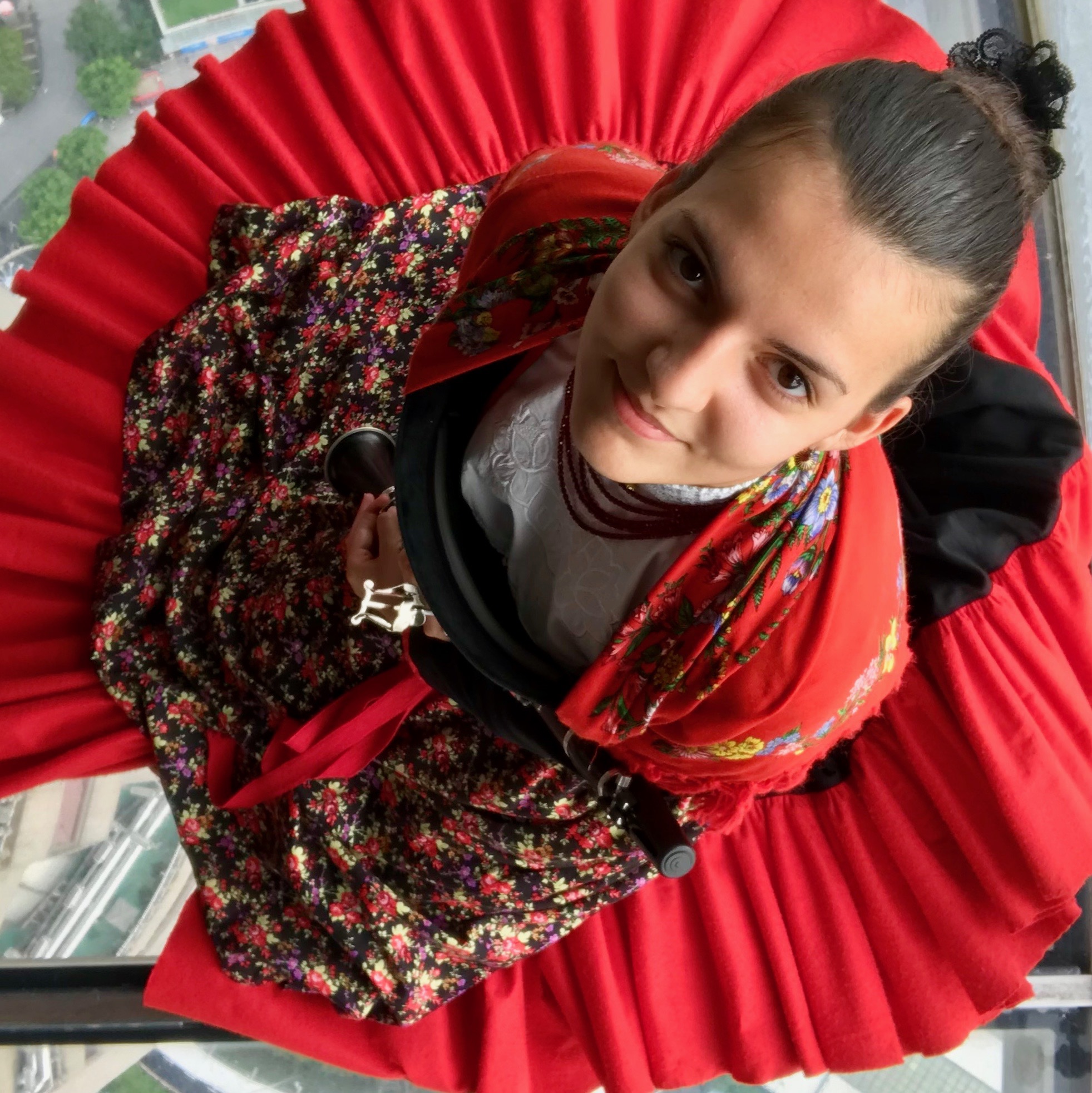 Women take particular care of the coiffure: hair is equally divided into two plaits that surround the head as a crown on which there is a black lace where silver hatpins are fixed (as it was used in Lombardia at the time of Lucia Mondella). From the beginning of the last century, married women knotted the plaits on the top of the head forming a high bun on which a black ribbon was fixed with a hatpin. The costume is completed by characteristic jewellery including an odd number of garnet strings as necklace, a brooch and gold filigree earrings (“piroli”).

The preservation of the typical Tesino costume and of local music and dances is guaranteed by the work of some folkloric groups and bands that have been cultural associations since the first decades of the previous century. These groups take their origins from local popular traditions that considered dancing as an important occasion to gather gaily and to interpret moments of daily life through music and dancing. Still today musicians and dancers manage to create an engaging atmosphere by proposing the traditional costumes of the valley, dances and melodies born from a continuous mixture of Italian and Central European culture.

From the post-war period onwards, the folkloric groups, that used to participate only in town festivals and local celebrations, started to perform also for visiting tourists who, in the meanwhile, were discovering the Tesino valley. They began also to travel all over Italy and Europe, bringing testimony of the ancient Tesino culture through precious costumes, accurate choreographies and engaging music.